Devon Bussell is a recent graduate of New York University’s Gallatin School of Individualized Studies, where she pursued an interdisciplinary plan of study which covered art history, literature, cultural theory, and aesthetic philosophy. For the past six or so years she has worked on a contract basis as a designer and web developer for arts organizations in both Dallas and New York City. Currently, she works as a studio assistant at smartassdesign in DUMBO. She also does design work on a freelance and contract basis: Most recently she was named a finalist in a competition to rebrand the National Archives Foundation in Washington, D.C.. 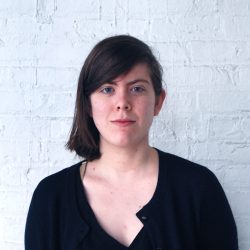